Finely finished watch movements come to life under magnification. The seven shown here were certainly ready for their close-ups. (To see the watch that gets powered by each movement, just click on the right arrow.) 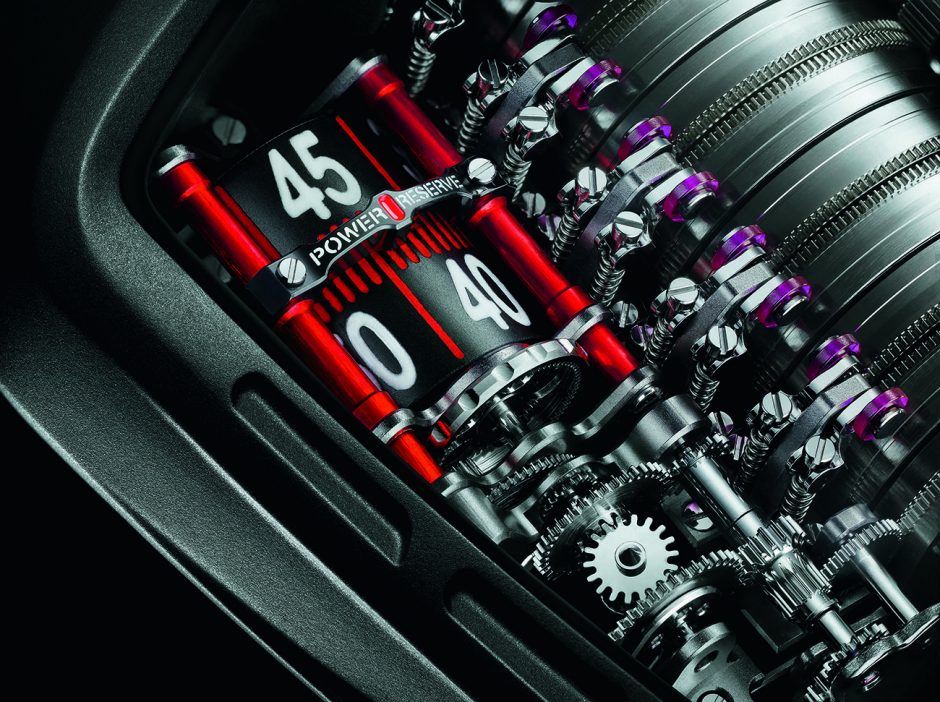 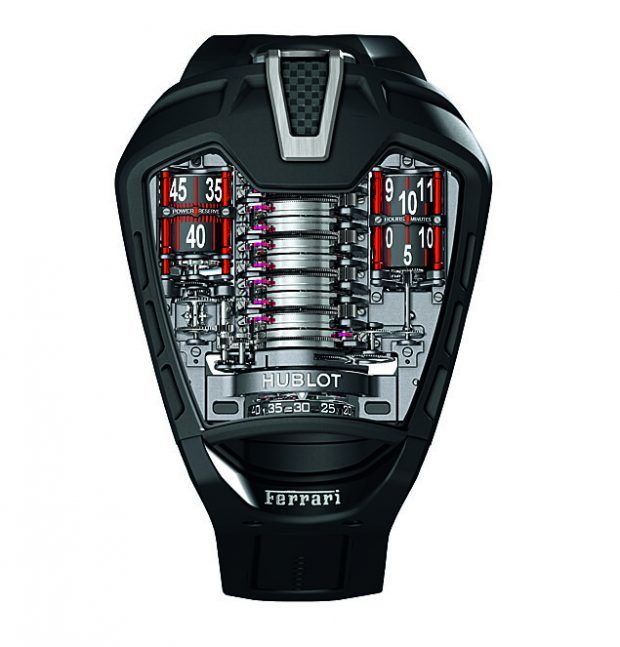 In the manually wound Caliber HUB9005, 11 vertically arranged barrels provide a power reserve of 50 days. Hublot includes a special power tool with each watch to make sure the winding process doesn’t also last for days. The hours, minutes, and power reserve are shown on cylinders; there’s a vertical tourbillon, too. 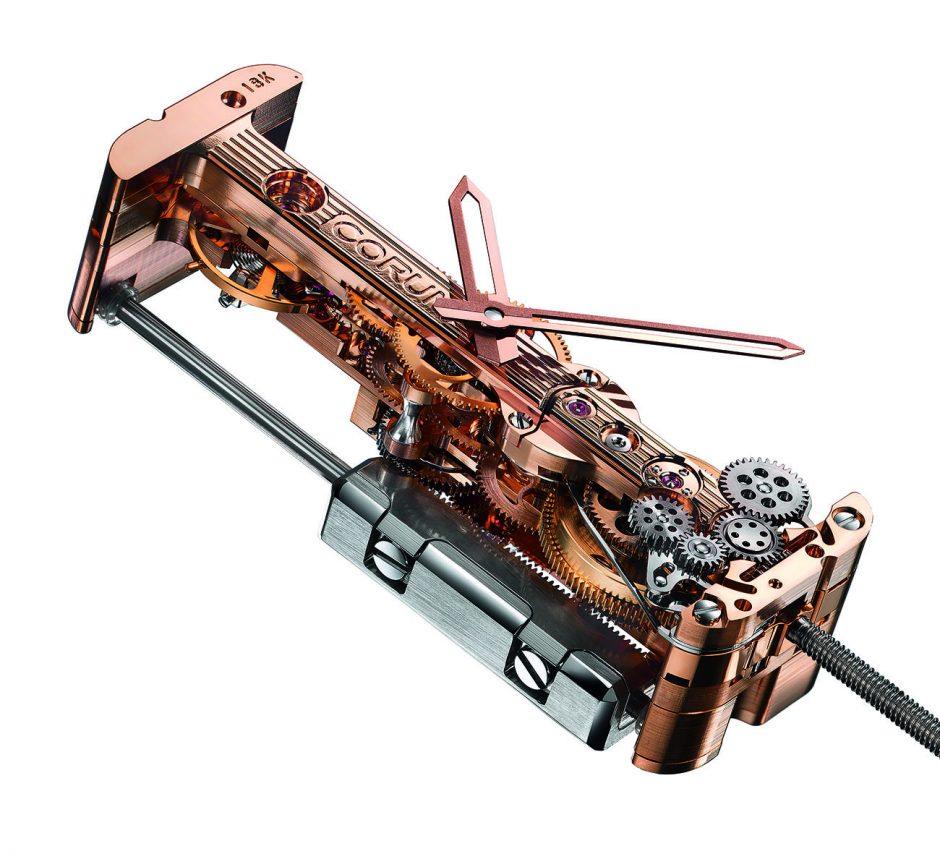 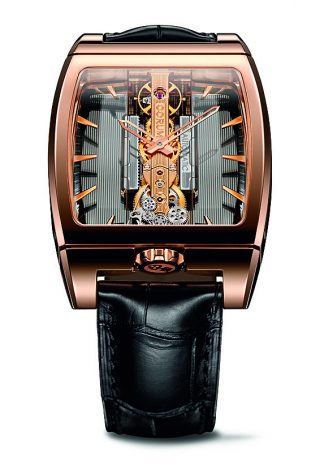 The Golden Bridge movement, created by Vincent Calabrese for Corum in 1980, has long been a cult object. In 2011, the brand upgraded the Golden Bridge with an automatic winding mechanism. Naturally, given the Golden Bridge’s unorthodox structure, the movement doesn’t have a traditional winding rotor; instead the winding weight moves linearly along two rails. 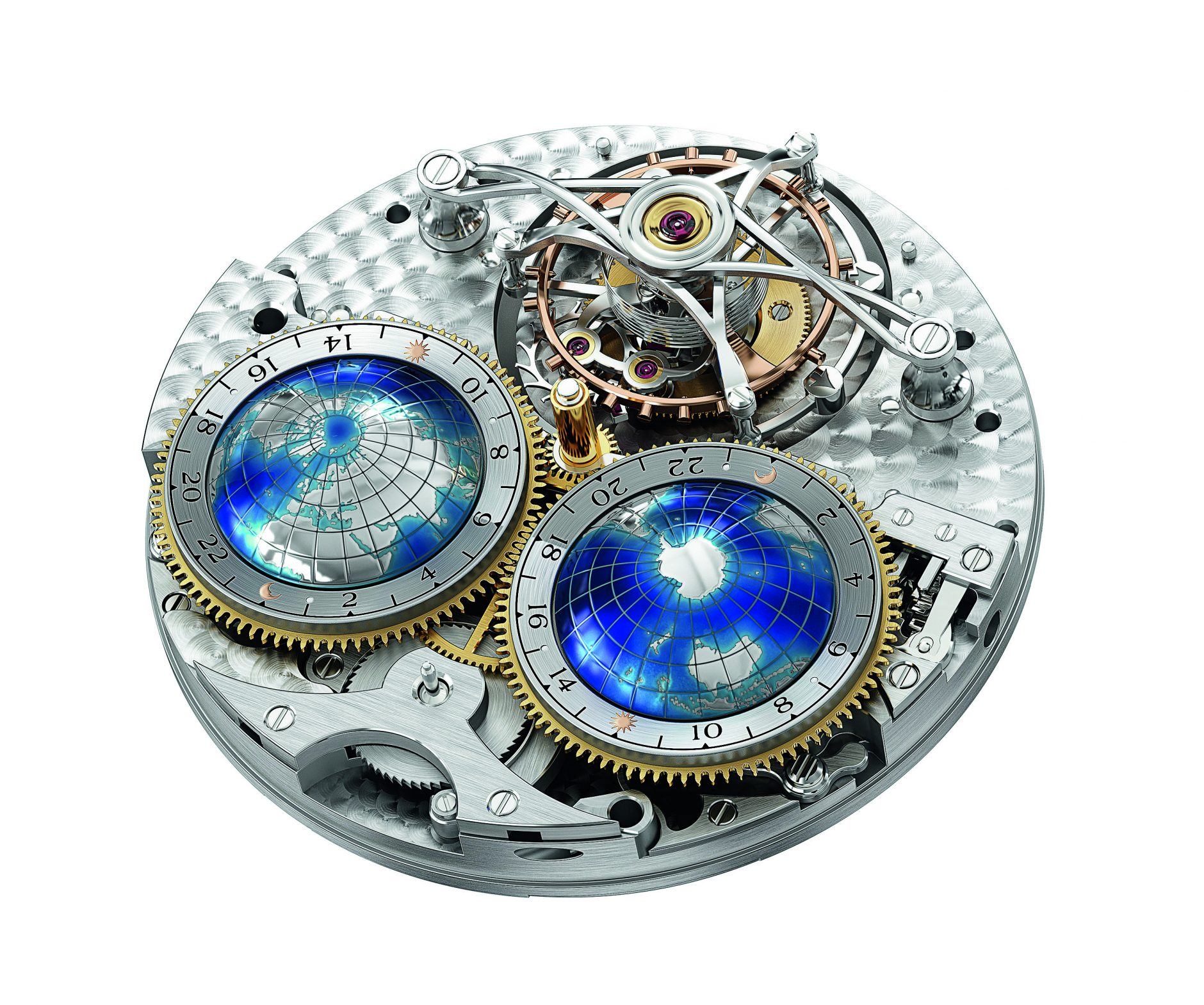 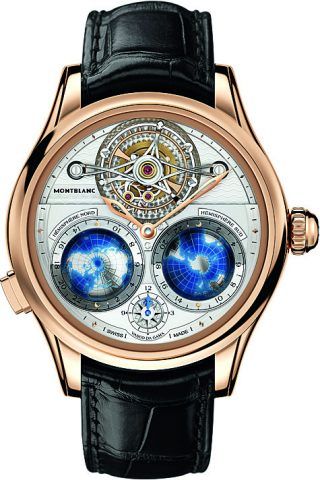 The hand-wound Caliber MB M68.40 from Montblanc gives the time in two time zones. It also powers two 24-hour rings that rotate around models of the Northern and Southern Hemispheres. An added bonus is the patented tourbillon with a cylindrical balance spring, spinning at 12 o’clock. 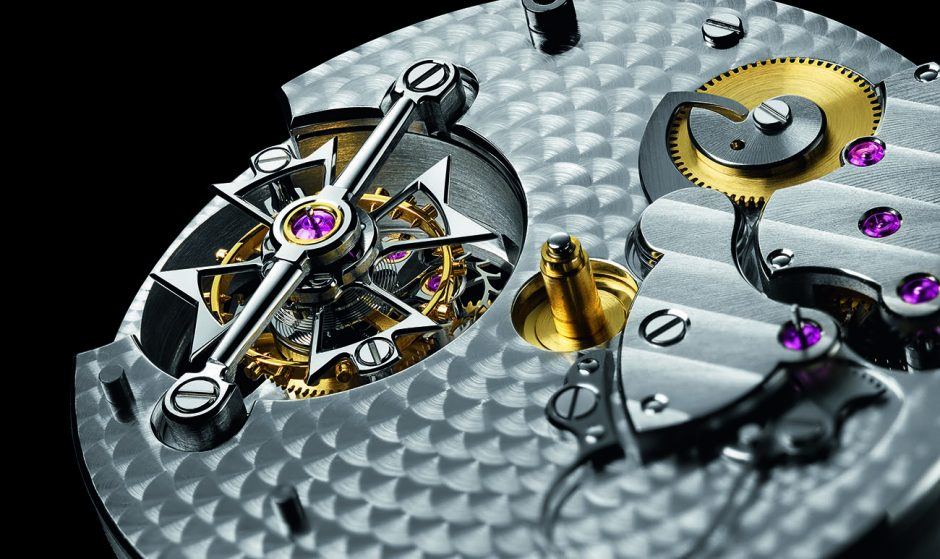 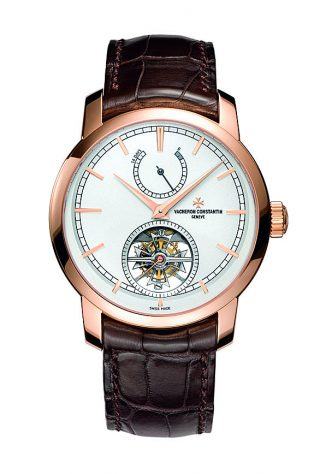 A tourbillon that runs for two weeks? Amazing! With the hand-wound Caliber 2260, Vacheron Constantin has created a real long-distance runner. 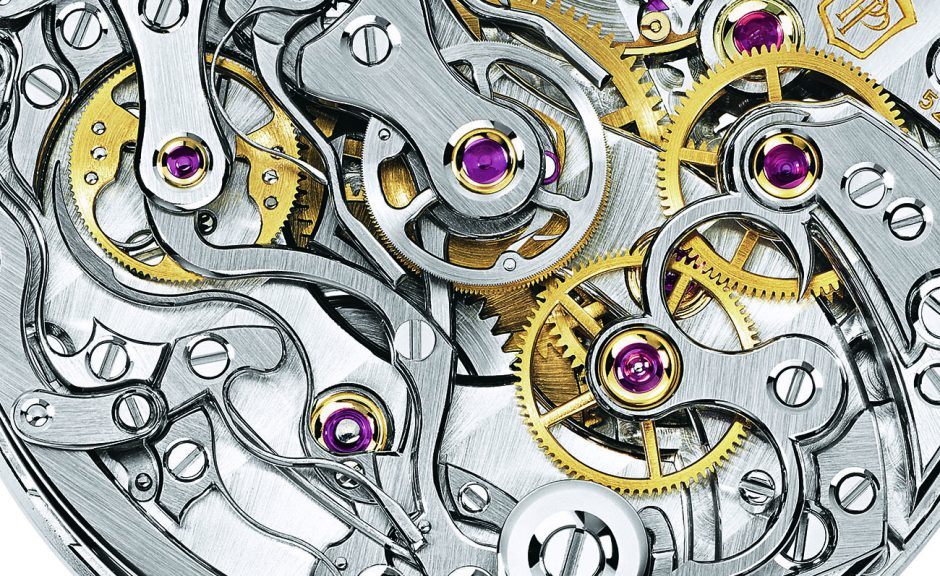 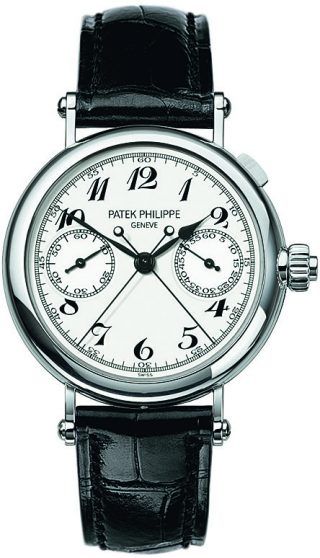 Every lever, edge and screw recess has been meticulously finished in Patek Philippe’s hand-wound CHR 27-525 PS, a split-seconds chronograph movement. The work increases exponentially with a movement as complicated as this. 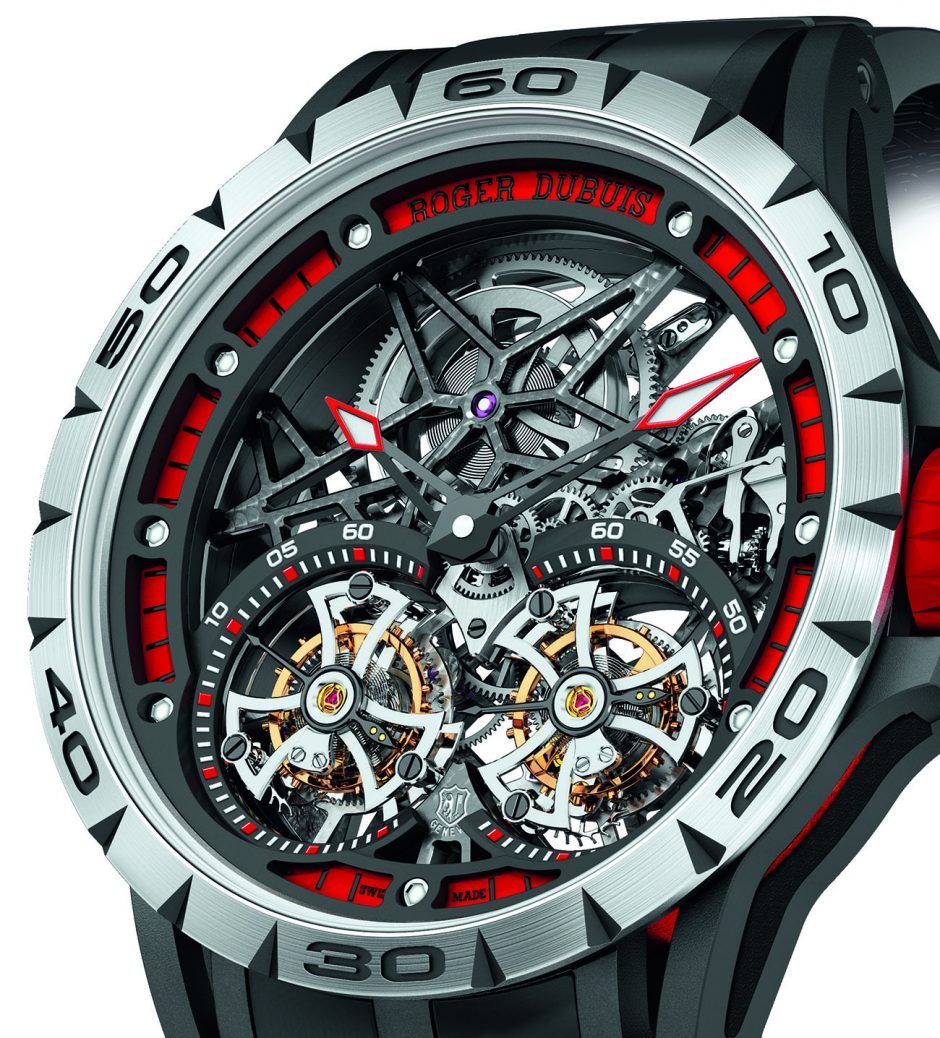 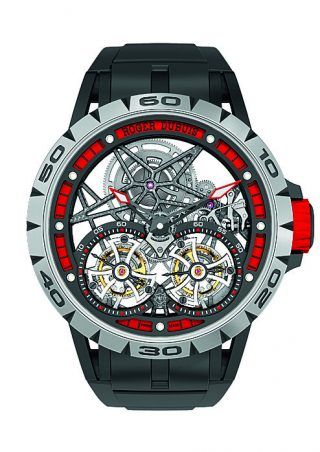 Two tourbillons in a skeletonized environment give this watch a 3-D look. According to Roger Dubuis, 1,200 hours are needed to manufacture its manual-wind Caliber RD01SQ. 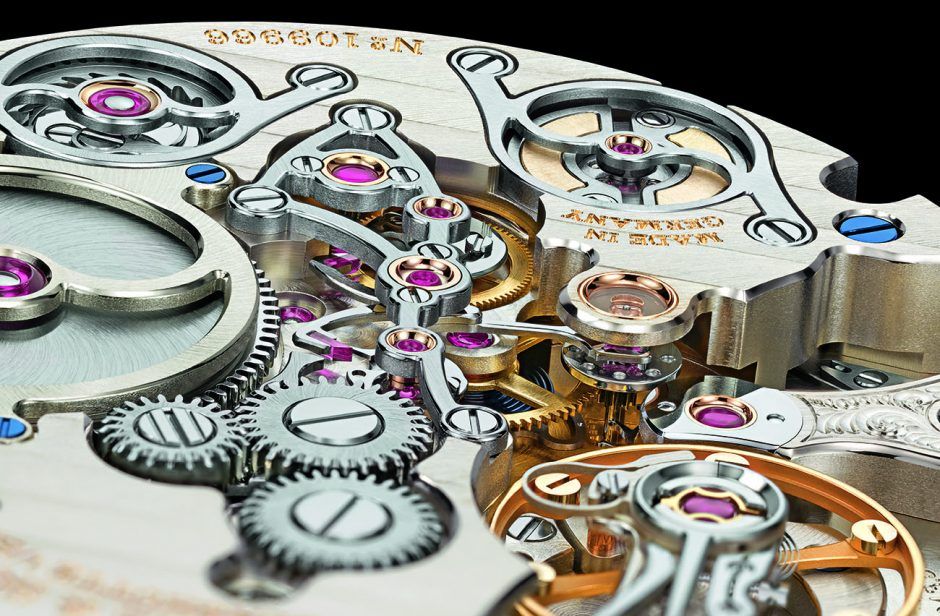 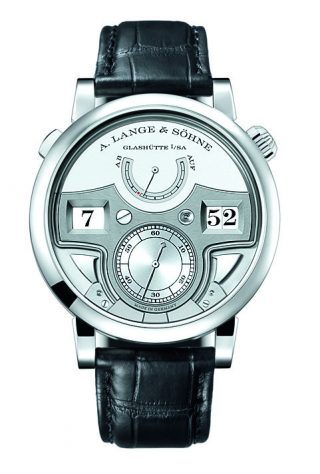 With the manual-wind Caliber L043.5, the A. Lange & Söhne Zeitwerk, which shows the hour and minutes digitally in two windows, is upgraded to become a minute repeater. The repeater chimes the time in decimal fashion, ringing out 10-minute intervals rather than quarter hours, as most minute repeaters do.