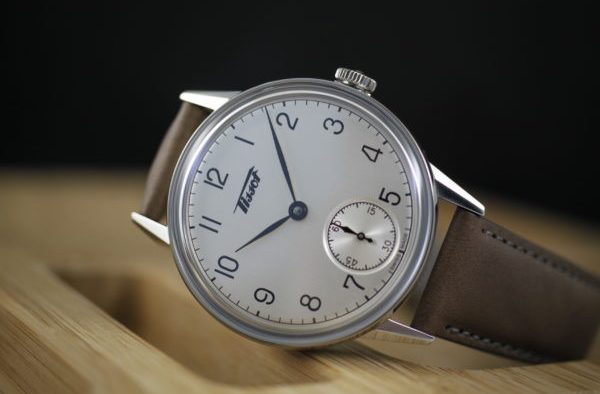 Art Deco, as a descriptor, has become a little overused in the luxe-focused world of watch marketing. Too often, in the absence of a better term, the style is used as a catch-all word for any blend of geometric forms and vintage air. While the verbiage has no doubt worn away its welcome for many, it still maintains a larger-than-life presence in the worlds of art, design, and architecture; in fact, it’s difficult to walk the streets of New York City without seeing its influence on the surrounding skyscrapers. In watch design, the term – as buzzy as it may be – lends itself to the bold usage of atypical dial layouts with chunky numerals and faded hues. When used correctly, it can bring a dash of artistic and aesthetic merit to the wrist, but when used incorrectly, its significance melts away. Here, we’ve collected a number of recent watch releases that approach the usage of Art Deco styling with a great deal of respect and end up creating some very attractive timepieces.

The Tissot Heritage Petite Seconde made its debut at Baselworld 2018 and was the hit of the show for the accessibly priced Swatch Group brand. The brushed finish on the dial, the combination of the large, printed Arabic numerals (just look at 9 o’clock!) and vintage Tissot logo, and the sharp, faceted lugs that contoured nicely on the wrist, all directly appealed to the enthusiast mindset. The price at $995, falling right in line with the value that Tissot is known for, only served to sweeten the deal. The design references the brand’s historic production of watches that featured special antimagnetic properties during the 1930s and ’40s. Tissot was one of the first brands to bring wristwatches featuring anti-magnetism to market, and the watches were generally known for their clean dial configuration, steel cases, thin hands, quality movement, and price accessibility. Inside the watch is a manually winding ETA 6498-1.

As avid Paneristi are aware, today’s powerhouse Panerai watch brand had its humble beginnings in a retail watch store in Florence, founded by the Panerai family in 1860. As inspiration for the latest version of its Radiomir 1940 3 Days Acciaio – 47mm, the company reached back to that historical early era, in which the family-owned Orologerie Suizzera (precursor to the modern Officine Panerai) sold not only wristwatches and pocket watches but also table clocks and pendulum clocks. It is a particular example of this last item that provided the template for the Art Deco dials of the two watches released last fall. The dial of a pendulum clock displayed on the first floor of Panerai’s Florentine shop on the Piazza San Giovanni is re-created in two distinct dial versions, both in 47-mm cases made of polished stainless steel – ivory (Ref. PAM00791) and black (PAM00790). Both retro-look dials are notable for their large, Art Deco hour numerals; peripheral railway minute track and additional interior ring; and lacquered, spear-shaped hour and minute hands, a style used for the first time on a Panerai wristwatch. Price for both models: $9,200.

The Reverso is Jaeger-LeCoultre’s most recognized and historically significant watch. Its Art Deco case style is mirrored in one of the greatest achievements of that period’s architecture as well: William Van Alen’s Chrysler Building in Manhattan. The timepiece and skyscraper share the same geometric forms and modernist ideals that the Art Deco movement is known for. For example, take a look at the horizontal protruding lines of the Reverso’s case and compare them with the ornate and multi-part dome and spire of the Chrysler Building. Recently, Jaeger-LeCoultre released a new Reverso Tribute Small Seconds that is a direct reference to the first Reverso watches that appeared in 1931 on the wrists of polo players. The model comes in stainless steel and features an attractive burgundy-red dial that comes with a matching leather strap from Casa Fagliano. Price: $7,900. 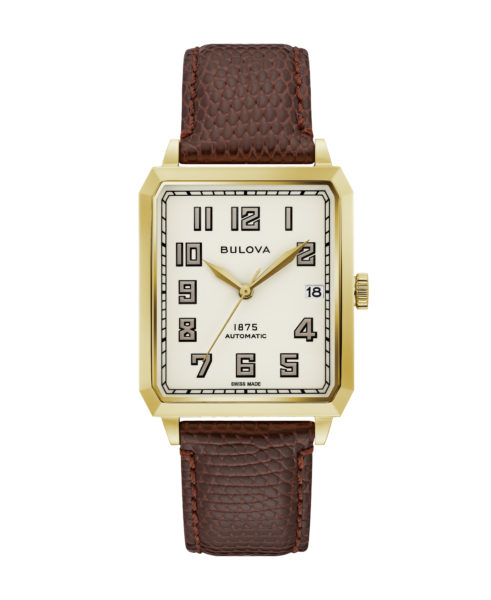 At Baselworld 2019, Bulova made the surprise move of launching an entirely new collection filled to the brim with limited-edition models that echo the brand’s New York City heritage. The new Joseph Bulova Collection contains 16 different timepieces in a variety of case styles like tank, tonneau, and round that are borrowed from some of the brand’s most memorable introductions from the 1920s to the 1940s such as the Commodore, Banker and Breton. Now owned by Japan’s Citizen Group, it would be easy to expect the presence of one of the conglomerate’s automatic Miyota calibers inside these cases; instead, Bulova has opted to go the Swiss route by using a Sellita SW200 movement that is visible through an exhibition caseback. Each of the 16 watches is limited to 350 total pieces with prices ranging from $995 to $1,495.

While many of Cartier’s iconic watch designs like the Tank and the Santos are informed by Art Deco design and worthy of a mention on this list, it has recently revived another early 20th-century shaped model that went on to become hugely influential, its 1906 Tonneau, with the recently launched Privé line. The Cartier Privé collection kicked off with two two- handed versions in rose gold and platinum in addition to a skeletonized dual-time model. Hearkening back to the original 1906 watch – which was cased in platinum rather than more common gold and featured wrist-hugging curves and vis armurier (or “gunsmith”-style) tube screws to fasten the lugs – the Privé case is double bracketed, with an oblong, curved shape engineered to follow the contours of the wrist. The bezel of the two-hand Tonneau model is formed from a single block of either rose gold or platinum and boasts, according to Cartier, “no overhangs or breaks in the plane” of its surface. The winding crown is topped off with a cabochon in classic Cartier style. The dial – champagne-colored on the rose-gold watch, silvered on the platinum – features polished, rhodium-plated applied Roman numerals and a vintage-style railtrack minutes scale. Both versions of the Tonneau have alligator leather straps, gray with the platinum, brown with the gold, and are outfitted with Cartier’s new Caliber 1917, a manual-winder with a 38-hour power reserve. The platinum watch is limited to 100 pieces and is priced at $26,200. The rose-gold model is priced at $22,400. 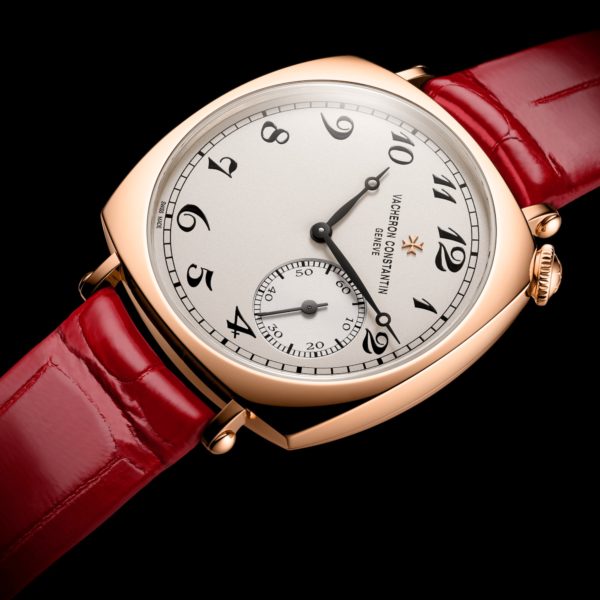 Vacheron Constantin released a mid-size version of its fan-favorite Historiques 1921 American collection in 2017. First added to the contemporary lineup in 2008, the Historiques 1921 American has become one of the brand’s most popular designs across social media and online forums. The original watch that the Historiques 1921 American is based on was released in 1921 and produced in limited quantities for American motorists, with its dial rotated 45 degrees for easier viewing while driving. Only 12 pieces of the vintage watch were produced from 1921 to 1931. The version of the watch (Ref. 1100S/000R-B430) in 36.5 mm, like the 40-mm version before it, is a faithful homage to the original that keeps much of the vintage elements intact while further developing the modern luxury elements associated with Vacheron Constantin today. With its straight, wire-inspired lugs and an upper corner crown adding to the case, the watch hosts a distinguished border on its rose-gold, cushion-shaped case. Its grained metal dial is angled to the right for a left-handed wearer, using an outer black railroad minutes track, printed “Breguet” Arabic numerals and subtle corporate script with an applied gold VC logo toward the 12 o’clock position. At the 3 o’clock mark is the running seconds subdial, conspicuously non-angled like the rest of the face, while two black pomme-style hands sweep over the whole dial. Inside is the Geneva Seal-certified, manufacture Caliber 4400 AS manually wound movement with a 65-hour power reserve. Price: $28,600.