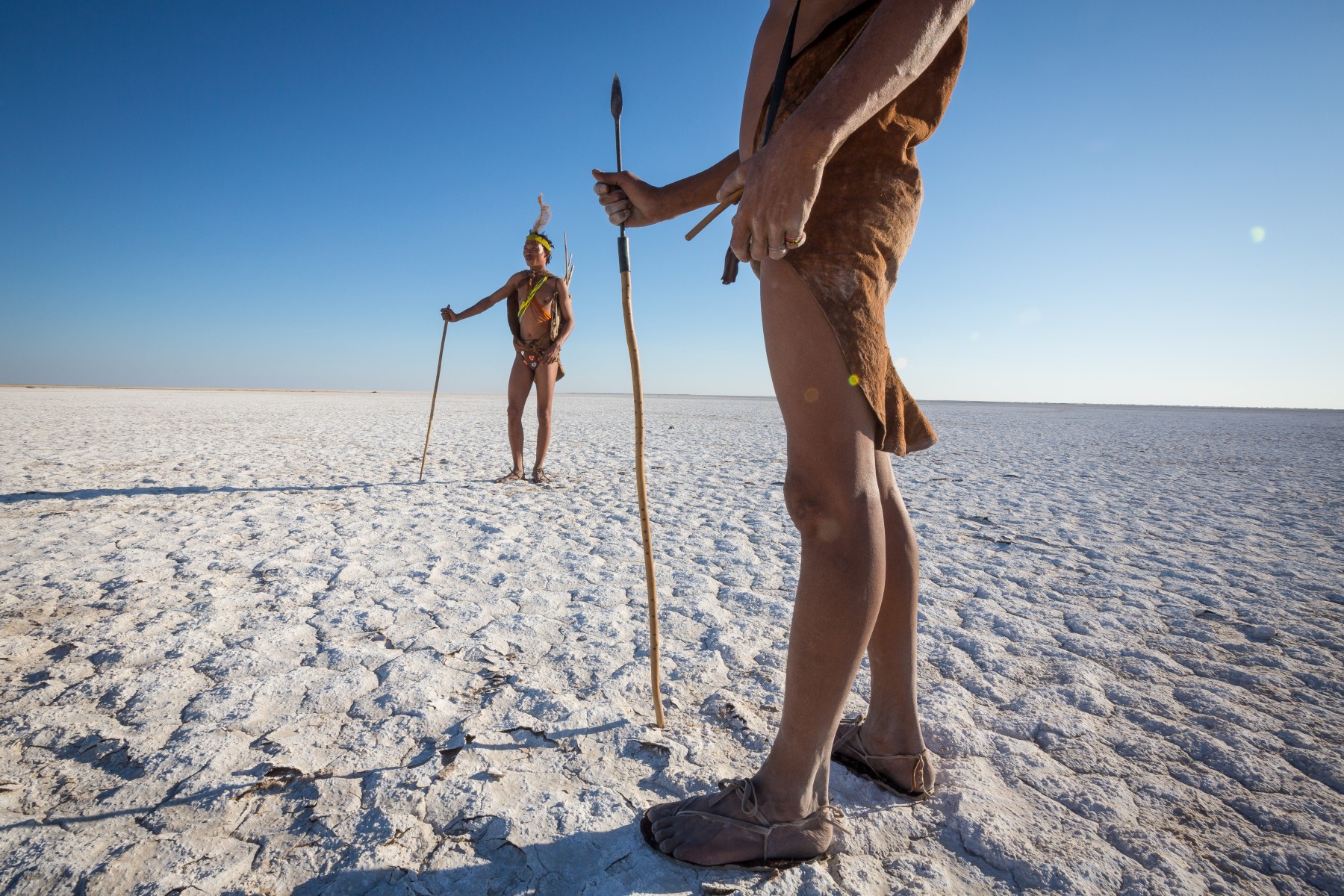 September 23rd 2021, New York – Vacheron Constantin puts a spotlight on the art of exploration as the Maison unveils American photographer Cory Richards’ art exhibition, “Exploring the Space Between”, at the newly opened North American Flagship boutique in the heart of New York City. A rare assortment of heritage pocket and sport watches from Vacheron Constantin’s private collection completes the show to create a captivating perspective on the concept of exploration and adventure. The photographs and timepieces will be on display until November 15, 2021.

In 2018, driven by passion, the pursuit of innovation and beauty, and the same openness to the world, Cory Richards joined the select group of personalities chosen by Vacheron Constantin to embody its “One of Not Many” communications campaign.

Expressing an exceptional universe, One of Not Many embodies the Maison’s creative collaborations with artistic talents acknowledged for their expertise and their steadfast quest for excellence in their respective fields of pursuit.

For Cory Richards, professional photographer and long-distance explorer, the world is brimming with beauty. Among his many journeys, the Himalayas occupy a special place in the heart of this experienced mountaineer, who in 2019 chose a Vacheron Constantin Overseas Dual Time prototype watch on an Everest expedition, enabling him to keep track of the time in Nepal and at home in the United States. In honor of the mutual admiration, Vacheron Constantin created an oscillating weight on the back of the prototype watch engraved with one of Cory Richard’s Everest photographs. The prototype was later auctioned off for charity in support of a project close to Cory Richard’s heart.

“Exploring the Space Between”

Cory Richard’s “Exploring the Space Between”, is comprised of fourteen carefully curated photographs spanning twenty years of the photographer’s expeditions around the globe. At times stunning and raw, the exhibit’s awe-inspiring mountain shots in Switzerland, Pakistan and Antarctica take us inside an alpinist’s journey, while portraitures from Nepal, India, Abu Dhabi, Peru and the U.S.A. bring a powerful message of shared humanity to the surface. The show turns the expected notion of exploration on its head. In the spirit of the Maison’s dedication to openness to the world, the photographs on display were selected by the artist to capture moments and people from his expeditions across the world’s seven continents, as well as the emotion, experience, and subtlety that exists in the minutes between those expeditions that change our perspective on the world.

Upon stepping through the doors of the New York City Flagship boutique, oversized images transport viewers to another time and space. Two images, both striking, take over the double height atrium with a hint at the journey to be taken. One above, captured by Cory Richards in 2014, shows two Khoisan Tribesmen in a dry desert scene in Botswana, while the image below features an indescribably blue ocean with an 80-year-old spear fisherman, seemingly still in movement, photographed during a trip to Wakatobi, Indonesia. A few steps further and visitors are met with breathtaking Alpinist scenes taken by Cory Richards from around the world. One central photograph taken in Antarctica features a climber seemingly floating in a sea of moving clouds, the artwork celebrates risk and physical exploration in the most traditional of terms and the photograph sits adjacent a display of watches selected by Vacheron Constantin to illustrate the Maison’s heritage in precision timekeeping for exploration.

A Heritage in Timekeeping Exploration

Technical Innovation – A Foundation for Exploration

At the turn of the 19th century, Vacheron Constantin produced remarkable breakthroughs in terms of anti-magnetism and water-resistance. Indeed, in the 1880s, the company incorporated palladium into its watch production to resist magnetic disturbances. The protection of watch movements against infiltration (dust and humidity) has always been a challenge for watchmakers.

Technical improvements to the watch cases allowed, from the late 19th century on, to describe certain pieces as “hermetic” or “impervious”. The Vacheron Constantin archives mention manufacturing hermetic steel watches since 1895.

It was in the early 20th century, with the development of the wristwatch, which was often subjected to extreme conditions, that the term water-resistant was used to describe watches impervious to all water infiltration. By the late 1920s, the improvements of techniques and materials allowed watches to be submerged and subjected to pressures that increase significantly with depth. The 4190 water-resistant model of Vacheron Constantin, with its stainless steel case and bracelet, was presented to the public in 1941, while the first water-resistant chronograph of the Maison, model 4305, also in steel, was created in 1943.

Many models were created in the years that followed, including the “222”, which was water resistant to a depth of 120 meters, and the “Overseas” in 1996, which is available in several versions, all of which are submersible to 150 meters.

1912 – 18K Gold Chronometer Pocket Watch, “Agénor Parmelin”
An early 1900s Vacheron Constantin pocket watch offered to the aviator Agénor Parmelin, the first man to fly over Mont Blanc, is shown for the exhibit as an early example of the Maison’s ties to exploration. The pocket watch was offered to Parmelin in 1914 to immortalize the successful flight and was given by the political authorities of the city of Geneva with an engraving at back.

“222” and Overseas Sport Watches
The mass production of steel, an alloy of iron and carbon, started in 1855.

Its mechanical properties and its strong resistance to shock allowed for important structures (the Eiffel Tower, the Brooklyn Bridge, railroads, ships, etc.). The need for robustness and the imposition of high taxes on precious metals in Europe and then in the United States, led to the use of steel on watch cases beginning in the late 1870s. In 1913, “rustless” steel, which would become “stainless” steel, was developed. This ferrous alloy containing chromium and carbon is impervious to corrosion.

Starting in the 1930’s Vacheron Constantin began to design steel “form” watches distinguished by screwed-down bezels and casebacks, as well as unbreakable sapphire crystal. The technical attributes and the sporty appearance of these timepieces combined a “form” case with a 10-sided case topped by a round disc. This trend was reinterpreted decades later by the famous “222” on display as part of the exhibition, originally presented in 1977 to mark the 222nd anniversary of Vacheron Constantin. The 222 sport watch is fitted with a screwed-down bezel and caseback guaranteeing water-resistance to 120 meters. Designed to suit an active lifestyle, it inspired the 1996 creation of the first Overseas model, a reference from 1999 is on display, powered by the spirit of travel and openness to the world. The Overseas has become an iconic sport watch for the Maison and is the collection chosen by Cory Richards for his third expedition of Everest in 2019.

From September 23 to November 15, Vacheron Constantin will host “Exploring the Space Between” at the newly opened North American Flagship boutique in the heart of New York City. This exhibition dedicated to the beauty of risk, the unexpected, and even the seemingly mundane moments during and between achievements features the art of exploration through the eye of the American photographer Cory Richards as well as a rare assortment of heritage watches from the Maison’s private collection. The show shines light onto the critical and functional elements that timekeeping has held in the world of exploration for centuries, and the ties that bind all of us as we explore the space in between humanity’s never-ending quest for discovery, beauty and love.