“Classic with a Twist” in Hong Kong SAR, China: an event to showcase horological audacity through the Years

“Classic with a Twist” in Hong Kong SAR, China: an event to showcase horological audacity through the Years 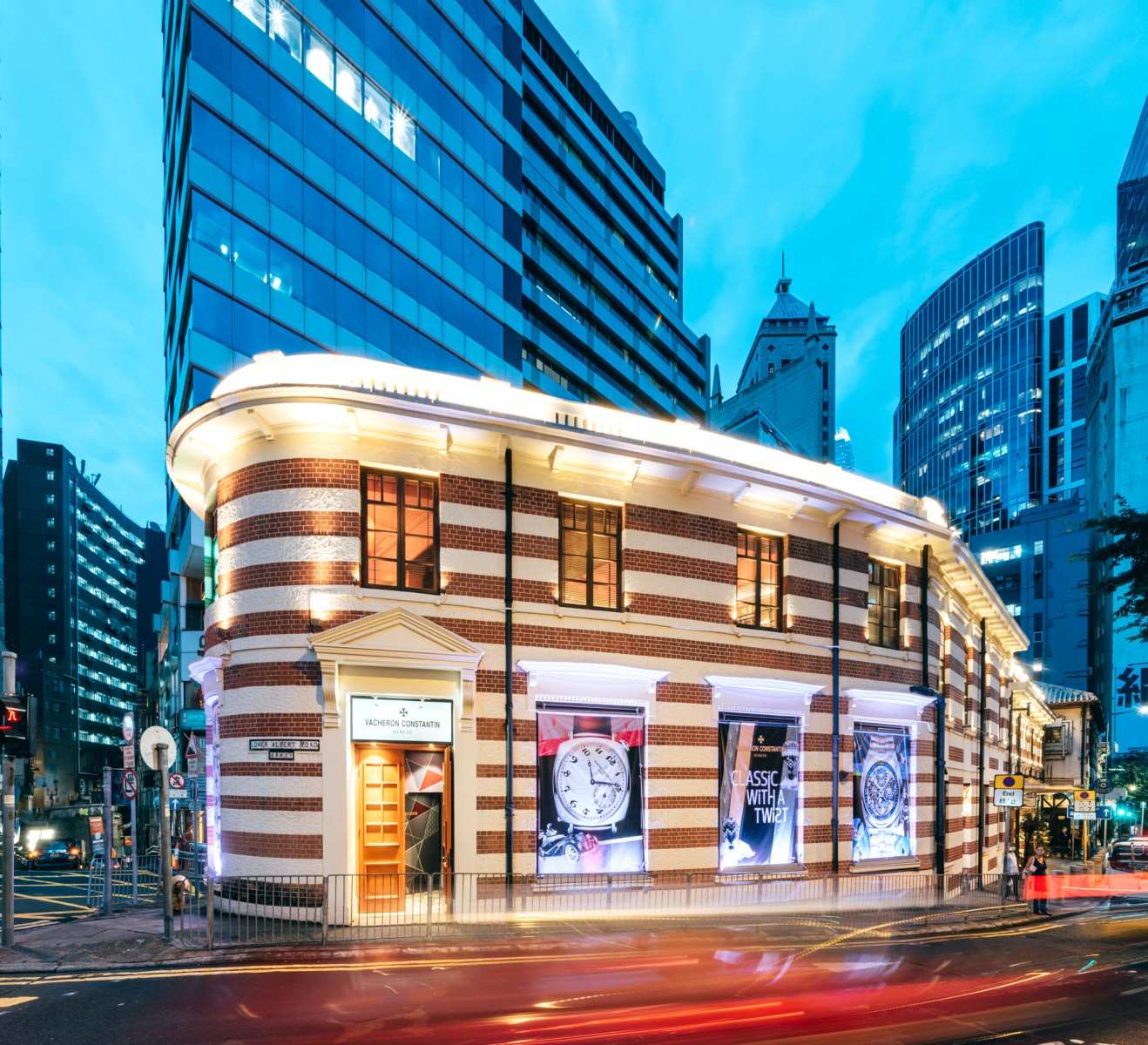 Hong Kong SAR, China, September 23rd, 2021 – To celebrate its watchmaking legacy, Vacheron Constantin has chosen the dawn of the 20th Century as the beginning of a 100-year timespan that marks a period of high-level creativity and design innovation, commemorated with an event in Hong Kong SAR, China , “Classic with a Twist”. With highlights on the centennial anniversary of the iconic American 1921, and on the much-anticipated launch of Overseas “Everest” limited editions, the showcase looked back at the Maison’s watchmaking heritage, and how unexpected designs and complex mechanisms had been reimagined to evolve into the present-day pieces.

The “Classic with a Twist” event was attended by the foremost watch connoisseurs, collectors, art and music lovers, and tastemakers. The venue chosen for this special occasion was the Fringe Club – now a Grade-I heritage building, the famed historical architecture was built in 1892, and was then renovated at the turn of the 20th Century. This period was close to the start of the Roaring Twenties when the Maison seized the avant-garde momentum to create the now iconic timepiece American 1921, dedicated at that time to the American market in a very limited number of pieces.

Inspired by the Roaring Twenties’ overarching sense of novelty combined with modernity and a break with tradition, the event took guests through a time-travelling journey that began in a modernized speakeasy with a touch of boldness revealed in the smallest details: watch displays with augmented reality storytelling, 45° tilted photo booth to echo to American 1921’s audacious dial design, a selection of prohibition-era themed “bottails” with a twist – guests were able to sample these tasty, bottled cocktails against the aural backdrop of a live saxophonist, pianist and DJ that performed 1921 swing music gradually transitioning to 2021 electro-swing, a suitable twist to the soundtrack for this trek through time.

HISTORIQUES AMERICAN 1921
100 Years of Boldness with a Playful Twist

The 1920s was an era marked by unbridled exuberance, not least with early wristwatches showcasing a remarkable miniaturization of movements, but it was also during this time that watchmakers demonstrated incredible creativity in creating a large variety of audacious shapes. Vacheron Constantin’s “Tonneau” or barrel-shaped, lozenge, rectangle and cushion-shaped watches born during this period perfectly exemplified this highly creative era.

Exactly 100 years ago, Vacheron Constantin created the American 1921 model, a signature that is still an emblem of the Manufacture’s style, inspiring the re-design of the current Historiques models and remaining representative of the Maison’s aesthetics. The initial versions produced with their “classic with a twist” design were notably appreciated by driving enthusiasts who could thus read the time at a glance without having to take their hands from the steering wheel, but they were also adopted by elegant and avant-garde circles.

Transcending through the time tunnel, guests were then transported to the Himalayas and the Alps, where they would explore new heights of elegance and robustness with the much sought-after Overseas timepieces radiating in a resolutely sporting temperament. In front of the mountainous range of LED-screen montage honouring American explorer and photographer Cory Richards’ daring adventures and self-surpassing spirit are Vacheron Constantin’s sportiest collection opening up to new aesthetic horizons: Overseas Chronograph “Everest” and Overseas Dual Time “Everest”, two new 150-piece numbered limited editions. On display in the exhibition hall were also the evolution of the Overseas collection, as well as this year’s Watches and Wonders novelties, Overseas Perpetual Calendar Ultra-thin Skeleton and Overseas Tourbillon.

A watch for sports enthusiasts and adventurers, Overseas is reaching new heights and exploring new aesthetic territories, as the collection welcomes two 150-piece limited editions: Overseas Chronograph “Everest” and Overseas Dual Time “Everest”. Inspired by a prototype developed by Vacheron Constantin in 2019 to accompany Cory Richards on his third expedition to the “roof of the world”, they are distinguished by a powerful and bold design. Available in a diameter of 42.5 mm for the chronograph version and 41 mm for the dual time interpretation, the case combines the lightness and robustness of titanium with the shimmering gleam of stainless steel. This sophisticated look brimming with contrasts is paired with a self-interchangeable rubber or Cordura® strap lined with nubuck calfskin.

On the technical side, the chronograph model is equipped with self-winding Calibre 5200/2, while the dual time model opts for self-winding Calibre 5110 DT/2. These two in-house movements feature an extremely contemporary anthracite grey NAC treatment. Setting a signature touch, their 22K pink gold oscillating weight is adorned with an engraving of Mount Everest inspired by a photograph taken by Cory Richards.

CLASSIC WITH A TWIST
Injecting a twist of Audacity in Watchmaking Technicality and Style, Between Conventional and Atypical

Vacheron Constantin’s creativity has always remained closely attuned to its time while evoking its memories. Poised at the intersection between technical virtuosity and aesthetic refinement, the enduring allure of their timepieces makes its way unscathed through passing eras, and because timelessness cannot be achieved merely by complying with the canons of traditional watchmaking, each creation is tinged with a touch of boldness revealed in the smallest details. The result is a very personal field of expression where technique and style converge in a subtle harmony between the conventional and the atypical – indeed, truly a Classic with a twist.